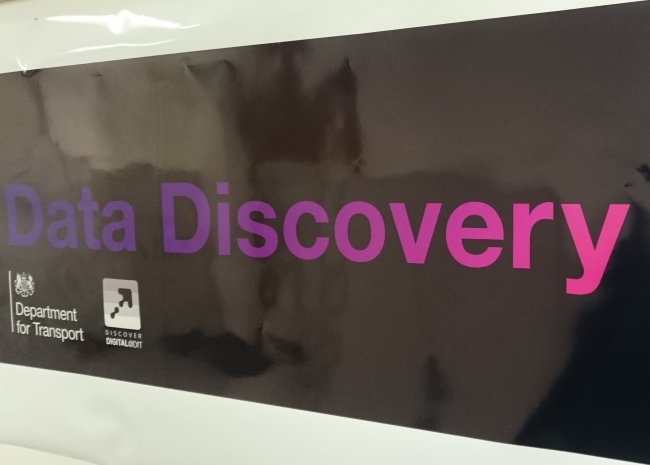 Ever sat down to start on a piece of work and thought, “Where do I find the information I need to do this?” It may be a set of facts for a ministerial submission or the latest version of a dataset for a report. Personally, when faced with a task like this, I search our filing system or ask people I think might know. Sometimes, this works fine. At others, it can feel like a game of Where’s Wally?, but with data.

From discussions with colleagues in the DfT Digital & Open Data team, our impression was that this is a common challenge for many people working in the department and that creating a searchable data index could help solve this. However, gut feelings aren’t evidence, so we decided to run a discovery to find out whether there was actually a problem and what the user needs were.

As with all discoveries, it’s important to start with a blank sheet. No assumptions. We had a hypothesis that there was an issue but needed evidence to validate or disprove our assumptions.

We assembled a team of user researchers, analysts and a scrum master from Fluxx Ltd, plus fast stream user researchers and a product owner (that’s me!) from DfT. We set up a dedicated ‘agile space’ in an open meeting area usually used for informal team meetings and one-to-ones. Although we had to share the space with a coat stand, leaflet racks and a bookcase, we quickly transformed it with whiteboards, bunting and refreshments for our interviewees. We then set about talking to as many people as we could. At the same time, we began collating a list of all the transport-related data sets in the department. 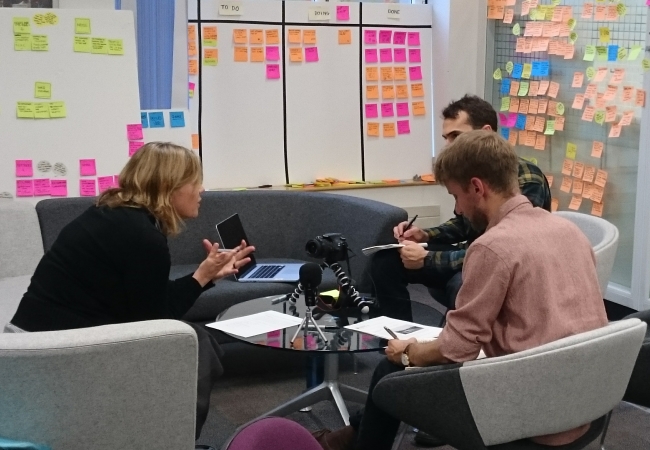 So far we’ve spoken with a wide range of colleagues - analysts, statisticians, economists, policy advisers, researchers, developers, and legal eagles. We’ve run over 40 in-depth interviews to date, amounting to over 30 hours of audio and video content, to help us understand how people locate and use transport data. We aren’t looking for a solution at this stage, or even assuming there is a problem that needs solving - just seeking to understand who our data users are and what they need to do their jobs effectively.

The interviews have given us a valuable insight into people’s experience with finding and using data. Some confirmed that they spend a lot of their time tracking down data. One user estimated she had spent 20 hours collating data for the annex of a report she was writing.

A common theme was the need to find someone to ask. “It’s knowing the right questions and asking the right people”, said one colleague we spoke to. Even then, your hunt may not be over. They were told ‘Dave’ was the font of all knowledge, only to find out he was on leave!

Reassuringly, this isn’t a universal problem. One of our statisticians reported that “data isn’t a big problem or hurdle”.

As Charlie, Per, Doug and Katherine carried out research and interviews, the agile space quickly filled with colourful Post-it notes with findings and quotes from users. One visitor even commented that they should have brought some sunglasses with them! Using our office space in an agile way is on the increase but still a bit of a novelty, so we’ve had lots of interest and people dropping in to have a look too. 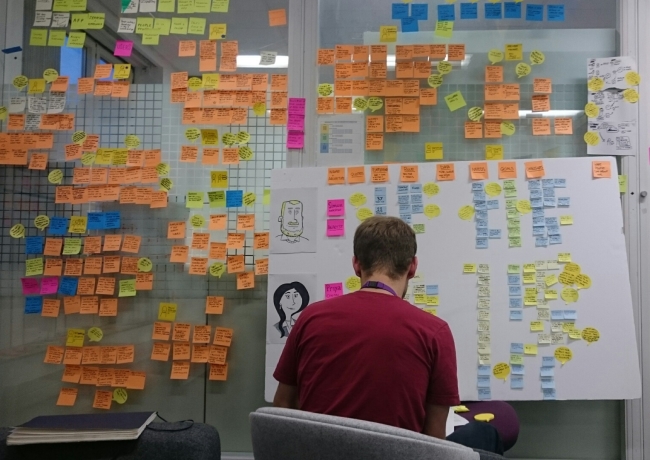 We are now at the mid stage of the discovery and have enough insights from users to start developing internal data user ‘personas’ - representations of typical users based on real user research.   We have built 2 so far - Simon the Analyst and Priya the Policy Adviser.

Both have very different needs, but often use the same data sets.  We are working up further personas too and will use these to help us map out user journeys and develop prototypes for potential solutions to test in the next, alpha, stage.  Douglas Linssen, our digital and technology fast streamer, has also searched high and low to pull together a catalogue of the data sets that exist in the department and we will be working through that in parallel to develop as close to a definitive set as we can.

It’s still too early to say for sure that we were right in our assumptions. But there are some clear themes coming out of the research and plenty of signs of a genuine appetite for a tool that will simplify the task of finding reliable and accurate data.

Work on the personas, user journeys and potential solutions will continue into the new year. We’ll be blogging again then about what we found out and our next steps.